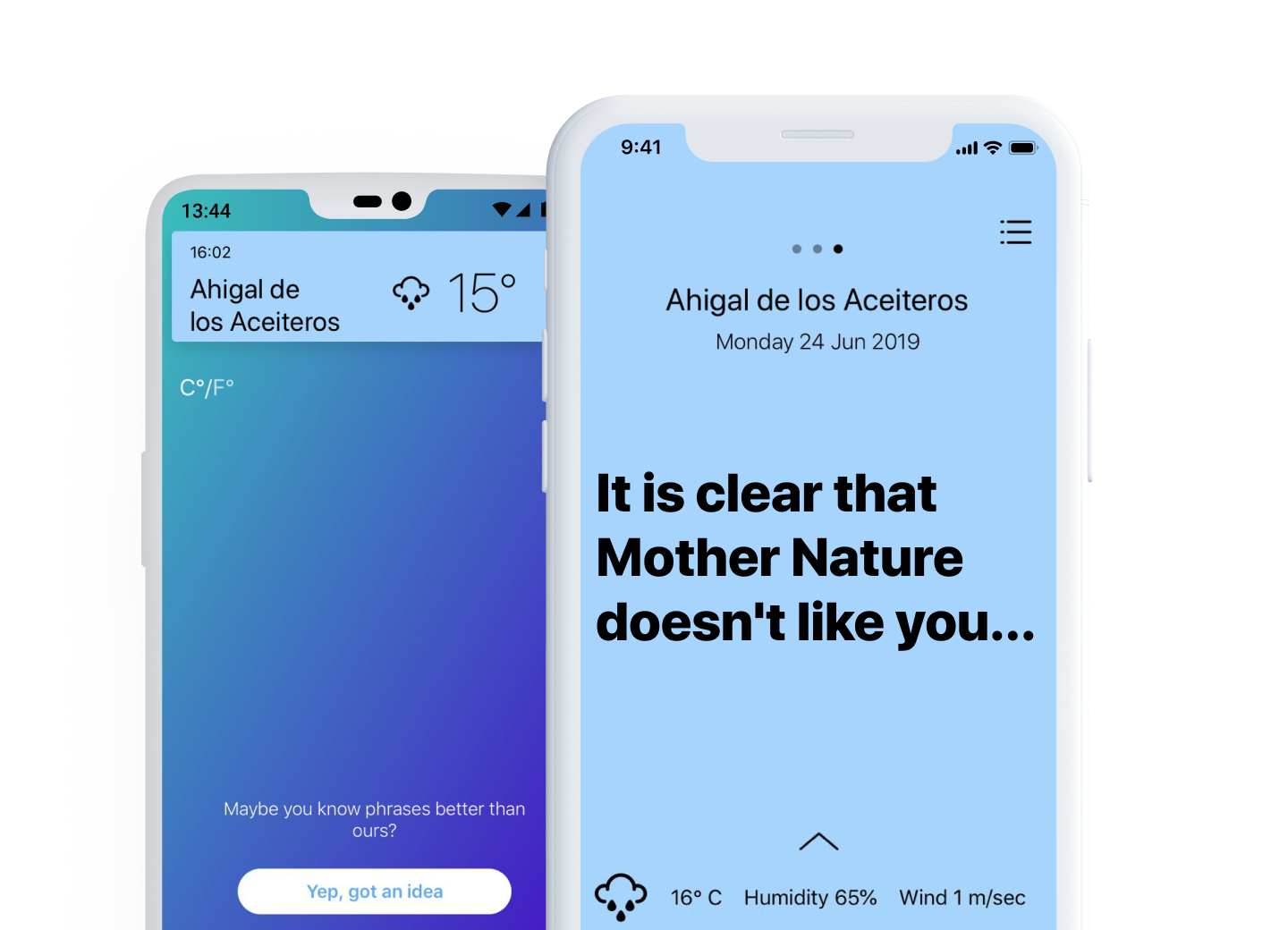 Neat and handy weather forecast in your pocket

Make a non-standard weather application, which will be different from those that can be found in app stores, prompting the user to find out about the state of the weather outside the window in the form of phrases – funny, sarcastic, sad, generally emotional.

In this project we did:

For the first time the idea of such an application appeared in 2016, after we stumbled upon some ridiculous video where the TV host told the weather forecast by abusing the word F*CK. Then we thought, “Why can’t the weather always be promoted emotionaly?”. It turned out – it can. At the same time, we sketched a simple design of the application and waited when there would be time to develop between the commercial projects.

Time was found only three years later, better late than never, as they say. We decided that app design required improvements, although the main function of the application remained unchanged – to make the weather forecast less serious, without additional information about precipitation, atmospheric pressure, magnetic storms and so on. Make the prediction simple, but understandable. And visually enjoyable.

We did not plan to launch the application and leave it as it is. A few days after the release, we already had ideas and feedback from users about how to improve and develop the application. Some of the ideas crossed with our own and already stand on the production line of features. Of course, we would not like to disclose their essence ahead of time, but briefly, our future plans are to make the design more beautiful, the interaction with the application is more convenient, and the weather forecast is more accurate.

You need an app?
Leave a request
and we will contact you!

Take a look at our
another great project